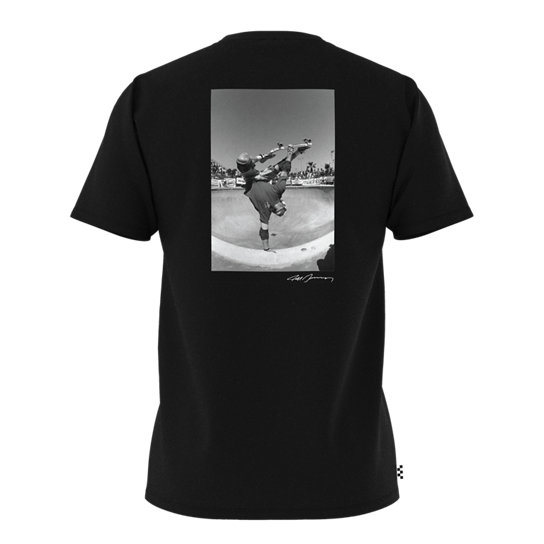 Beloved Vans family member and skate legend Jeff Grosso’s impact on skateboarding is without rival. His genuine love for skateboarding was felt by everyone who had the chance to talk skate with him, and his support for the community -especially the up-and-coming generations-came from a true belief that skateboarding belonged to the kids. There was nothing Jeff wouldn’t do to uplift skateboarding and the people in it.

Jeff gained notoriety in the 1980’s within the competitive scene and quickly became one of the most recognizable faces in skateboarding with the onset of skate videos that highlighted his skill along with his sardonic wit and audacious spirit, entertaining the masses with his self-deprecating humor and antagonistic spirit. In the span of his influence on the sport, however, Jeff became the unofficial skate historian, helping create ten years of Vans’ Love letters to Skateboarding with his unique and raw commentary on the industry, which will serve as the encyclopedia of everything skateboarding holds dear for years to come.

To honor Jeff’s legacy, and ensure that future skaters understand the important role he played in shaping skateboarding’s history, Vans unveils a special-edition Grosso Forever collection of apparel, with all royalties directed to Jeff’s son Oliver and his family.

This short sleeve tee is made with 100% cotton and also includes a custom “Grosso Forever” interior neck print. Fit type: classic. Model is183 cm tall and wearing a size Medium.

“It’s you, your skateboard, and the world. So go out and make it your own.”
- Jeff Grosso

We are processing your request

You will shortly receive an email with the details of your reservation. When your items are ready to collect, you'll receive your confirmation email and will have 48 hours to visit the store. After this time, your reservation will expire and the items will be available again for other customers to purchase. Please note: the online price may differ from the one in store.