Originally from Jupiter, Florida, and currently residing in Los Angeles, Zion Wright rose to prominence early in his career through years as a standout at contests and filming in the streets. Zion is known for his well-rounded approach, and is truly an all-terrain skater, making even the most unthinkable tricks look easy with his fearless, no-holds-barred style.After being turned pro by Real Skateboards in 2017 and winning the 2018 Vans Park Series Huntington Beach stop at the Vans US Open of Surfing, Zion has been steadily paving a clear, unrelenting path toward his goals. In May of 2021 he registered on mainstream radar when he won the Des Moines stop of Dew Tour Park Event despite being ranked 114th in the world and 116th in the US, earning himself a ticket to Tokyo. He is poised for the next big move, with no limits to what the future holds for this rising talent. 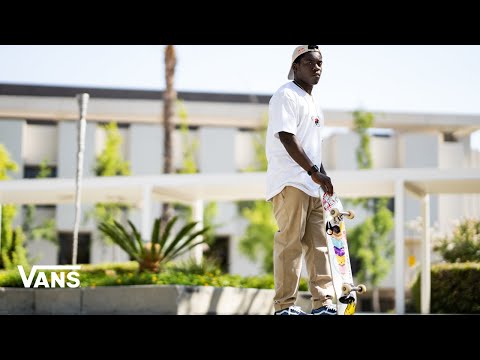